Impactite Crystals and Their Healing Properties 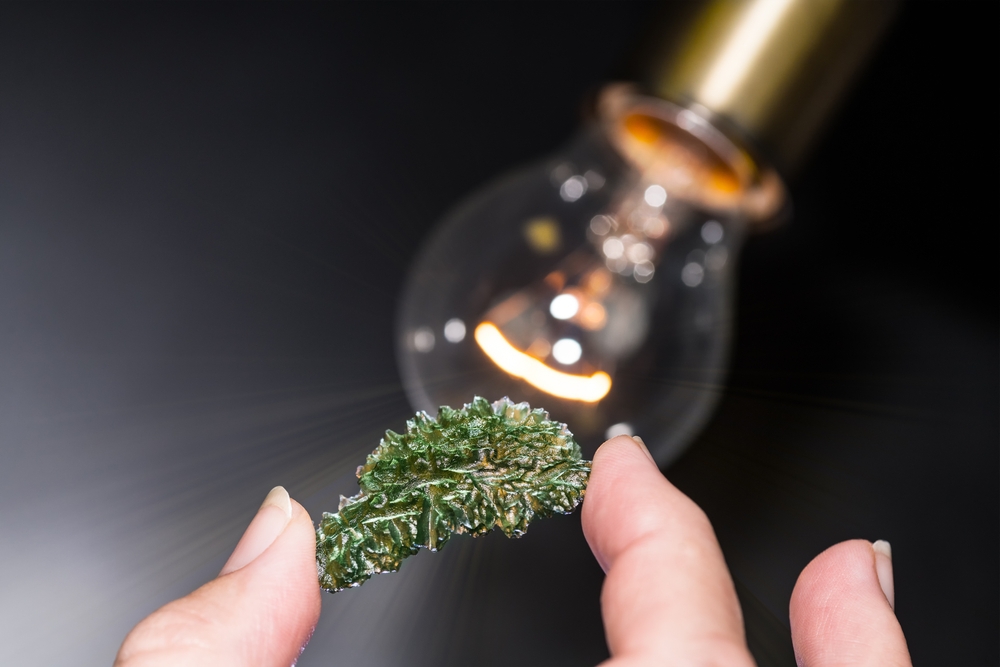 The transformative healing powers of crystals can open up an astounding realm of possibilities, particularly for individuals in the pursuit of spiritual wellness. And although there are a handful of very well-known crystals for healing, many others are less prevalent but equally impactful.

Moldavite is a mysterious, otherworldly material that has garnered widespread attention for its intense energy and fascinating origins. It is part of a group of minerals known as tektites, sometimes called “impactite crystals.” Technically, impactites aren’t crystals at all, at least not in the traditional sense. Even so, these unique minerals possess an incredible range of healing properties that can help individuals in many ways.

We’re going to be exploring some of our favorite impactite crystals, taking a closer look at the distinctive characteristics and powers of each. With this guide, you’ll be better prepared to select the impactite crystals that are well-suited to serve as companions on your spiritual journey.

Whether you refer to them as impactites, impactite crystals, or tektites, there’s no denying the astounding story behind this diverse category of minerals.

Impactites/tektites are a specific type of mineral formed due to a meteoric impact. The event transforms the existing surface material into a completely new type of rock, creating something not present before that moment. The high heat and powerful impact naturally produce a glass-like substance containing a fusion of earthly and otherworldly energies. It is believed that this combination of energies is one of the primary reasons that tektites boast such strong energies.

There are many different types of impactites, and each one has its specific properties and potential healing powers.

Because there is so much variety within the category of impactites, the best way to decide how to utilize them in your spiritual experiences is to learn more about each one. Like most crystals, impactites are often selected by individuals as a personal talisman of sorts, something to carry with them to support their needs and goals.

Perhaps the most popular type of impactite is moldavite, a deep green mineral associated with the ascension process, heart chakra, and higher beings. But because of its deeply intense energies, moldavite is not necessarily a good fit for every individual. However, many other impactites can serve as an amazing alternative, empowering you with similar spiritual benefits of their own.

Whether you’re searching for alternatives to moldavite or simply want to expand your present collection of healing crystals, here are some impactites worth considering.

Also called Libyan Tektite or Golden Tektite, this golden-hued mineral has been prized by royalty for thousands of years. The vibrant, somewhat translucent stones can only be found in the Western Desert of Libya and Egypt and were favored by ancient Egyptian kings who used them in their ceremonial jewelry – including King Tut himself!

Libyan Desert Glass is generally considered the gentler sister to moldavite, making it appealing for those with a high level of sensitivity to energies. This powerful solar plexus stone is believed to help you connect to your authentic self, uncovering your inner god or goddess and harnessing your underlying confidence and the spark of the Divine.

Before you dismiss these small, unassuming brown crystals, you may want to explore their astounding ability to ground you with their distinctive vibration. Colombianite is an extremely rare tektite (much rarer than moldavite), hailing from South America. To this day, its exact origin is shrouded in mystery, though some believe it was formed after a meteorite hit the area about 29 million years ago.

For centuries, shamans have used Colombianite to facilitate communications with higher beings, and it is also a popular choice for individuals seeking grounding for their cosmic knowledge and downloads. Its ability to keep you grounded can be a productive addition to your attempts at spiritual communication, helping you maintain a sense of awareness of your body even as your soul journeys afar.

Typically, Black Tektite is referred to simply as “tektite.” It is an abundant stone that is ideal for those just beginning their experiences with extraterrestrial crystals. One of the unique qualities of these black stones is how they capture the specific energies of the place in which they were formed and found, offering interesting variations. Tibetan tektites are counted among the most in-demand of Black Tektite types because they are infused with the vibrations of the high Himalayas and the cosmic energies of the forming meteorites.

Incorporate Black Tektites into your astral travels as a way to stay grounded. Another option is to use it in meditation to receive new spiritual information and downloads more effectively.

For new and seasoned spiritual explorers alike, impactites are just one part of the world of crystals and healing. We invite you to learn more about how to use crystals in your own life by visiting SoulTopia Holistic Boutique today.

The Origins of Aura Photography & How to Read Aura Photos
April 15, 2022

Moldavite Warnings: Should You be Worried?
April 15, 2022
Recent posts
From the gallery